Home » Tales from the field » Day in Theatre

Thursday I had the chance to hop into the theatre and spend some time watching a procedure as well as chatting to the staff from both OHI and the local team. 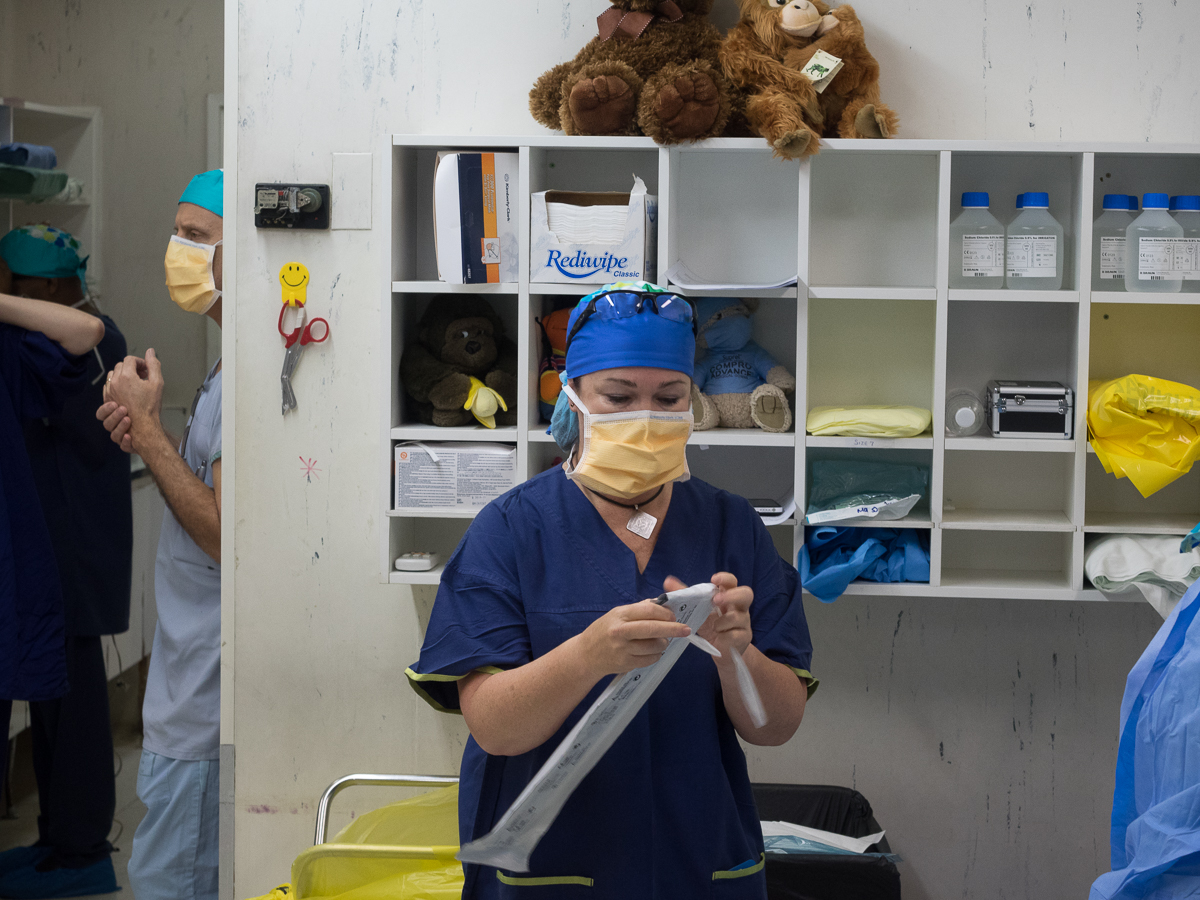 I have to say, while it may be said many, many times;it was an amazing experience. While there is impressive machinery and fantastic insight into the human bodyit was great being ableto see first-hand a team that has spent less than a week together; gel together sosmoothly. Through their professionalism and share skills and knowledgethey all work as a solid unit together. Comprised of people from across Australia in combination with the staff at Port Moresby General Hospital, it is impressive to see all these medical staff work so well together after only days together. The members of the theatre team are very involved with the welfare of their patients. Starting with the process of meeting the patient (in this case a friendly four year old by the name of Lovelyn) and their family. It then follows through to the aftercare of the patientin ICU and on the ward. The members of the team are extremely focused, incredibly enthusiastic and obviously not only caring greatly for their work but also for those in their care. Lovelyn’s surgery went well but a couple of hours after surgery was re-admitted into theatre. In theatre a quick procedure was performed to fix a bleeding complication and Lovelyn was shortly re-admitted back into ICU. The care for this patient was immense, as is the care in any case these teams work on. Cardiac anaesthetist Dr Arvin Karu was a member of the surgical team and spent the entirety of the day and all through the night and well into the next morning keeping an eye on Lovelyn and her well-being.

It is with great pleasure I can say that even with this issue the surgical team (comprised of both OHI and the local staff) worked late into the night to make sure every patient rostered on for that day was seen and treated to world’s best practice. Now it is the next morning, both Lovelyn and everyone else operated on yesterday is still a bit sore but look like they are starting to move around and should be on the ward soon!