To be honest, after hundreds of “body repairs” over the years it is impossible to recall every patient. Yet there are those which are etched in our memories. Sita Ram is one of those. We met him last year, and noted the contractures around his neck, severely restricting his head movement. When the contractures are freed up it leaves a hole which needs to be filled. A small deficit can be filled with a skin graft from another part of the body, a larger deficit requires a flap of skin & tissue. David worked his magic with Sita Ram, transferring muscle & skin from his back which was attached to a healthy blood supply, and swinging it around up to his neck. But that was last year. Now he’s returned for more surgery. As is sometimes the case, patients need more work to get the best outcome. But here’s the best part… Sita Ram is a different man thanks to the last year’s surgery …. he has now found himself a wife!!!! 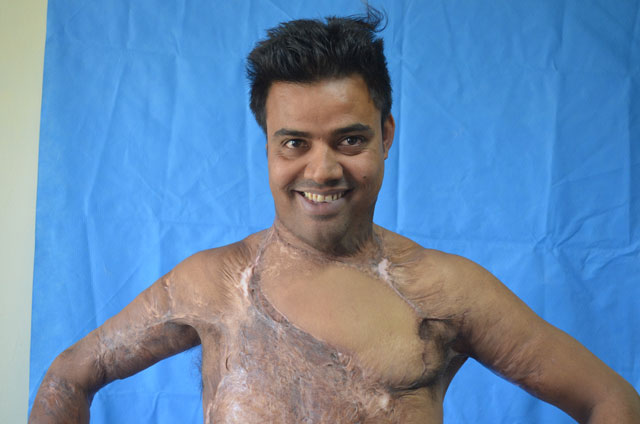