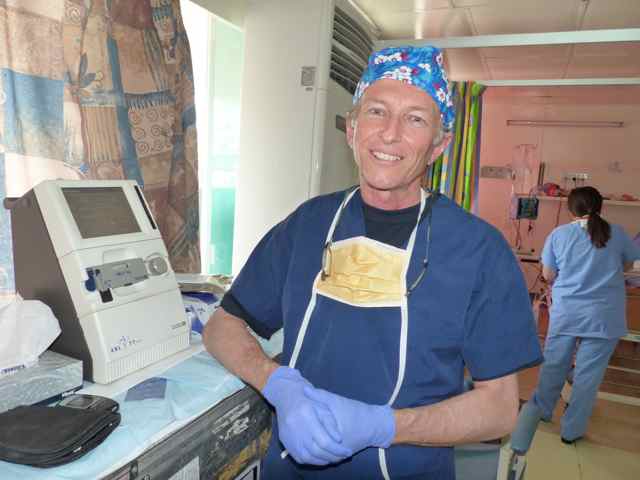 Our team has a person with a very unique role; Ian is our haematological pathologist. He is responsible for the blood gas analyzer. He constantly double-checks the blood gases during theatre in case an adjustment to the heart-lung machine is needed. Without him theatre would not be able to function as promptly as it does. Ian also does trouble shooting for the two ICU wards, the general ward and pathology downstairs.

Ian’s most vital role to is ensure all the blood for theatre has been crossed matched the day before. He makes certain the blood is ready for the patient while they are being prepared pre-operation. For each open-heart cases one patient will generally require 3 units of blood (900ml) as there is stress and blood loss during surgery that needs to be compensated for.

This is Ian’s fourth trip to PNG. He keeps returning with the team because of the great deal of satisfaction he gets while working here. He finds it immensely satisfying to be a part of these teams. We are doing something so important here, making such a large difference in peoples lives. Ian plans to keep returning to PNG until he gets his mail run flight. 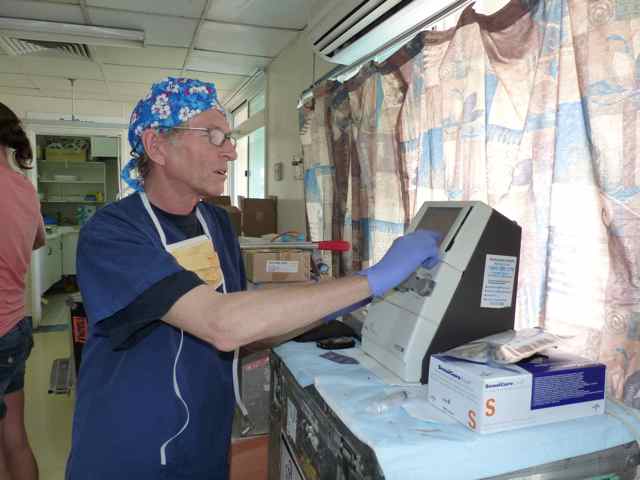