Under the towering splendour of Mount Everest and the Himalayan mountain range, lies Nepal, a country of 30 million people, in an area roughly twice the size of Tasmania. This tiny country is wedged between the two rising superpowers of India to the south, and China to the north.

Like most developing countries, agriculture is the primary way of life. The government offers minimal support services or benefits. An estimated 50% of the population is living on less than $1.25 a day, and as a result the day to day life for the Nepali people can be harsh. Therefore, specialist medical care is difficult to access and a luxury that few would be able to afford.

Our Burns Surgery project officially commenced in 2006 and followed our Cleft Lip and Palate project that ran for 10 years until 2004. Our project is based in Banepa, just outside the country’s capital Kathmandu.

The project providesreconstructive surgery for burns victimsthat have lost functionality as a result of burns injury and subsequent contracture. The staggering numbers of burn related injuries in this region means that the government hospital networks cannot cope with the demand. Coupled with the inability for most patients to afford this type of surgery, means many individuals must endure a life tragically inhibited by their disabilities. The negative stigma associated with this type of injury can be equally devastating.

The project makes it possible for those who would otherwise be unable, to access the opportunity to receive the surgery they require.

Combined with its predecessor, the Clift Lip and Palate project, this is one of Open Heart International’s longest running projects.

In 2012, the project was officially established as a stand-alone project. Its main base is also in Banepa, however a second base was established in 2013 in Dadledhura, a small town in the far west of the country.

Our project provides surgery and ultimately an improvement of the quality of life to women suffering from uterine prolapse and obstetric fistula, conditions that can lead to devastating abuse, isolation and loss of identity for women.

Open Heart International are proud to be involved in medical missions and medical relief support in 3rd world countries including Nepal.

What does clinical humanitarian aid in Nepal deliver?

All of our health care missions in under developed countries such as Nepal deliver specialty medical therapy for individuals who are not able to access these professional medical and surgical procedures due to their limited health system.

How do foreign medical charities assist in third world countries like Nepal?

The initial objective of international healthcare charities such as Open Heart International is to help save people’s lives as well as relieving the suffering of the residents.

In addition to this, our medical mercy missions to Nepal provide coaching and help for the local community doctors while reducing the strain on the local medical system. This can be achieved by reducing waiting lists for specialised surgeries which includes women’s health and burns surgery.

Our surgery and non-surgical volunteers work tirelessly to provide help and education for local medical staff while empowering regional healthcare workers to deliver better medical treatment in the region.

Do kids in Nepal receive healthcare assistance from the mercy missions?

Absolutely, all our overseas healthcare volunteers provide medical treatment to anyone who requires it from babies and children to women and men. 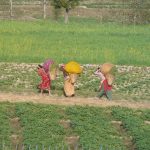 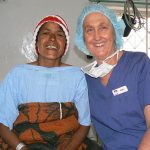 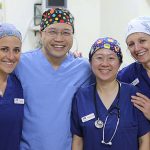 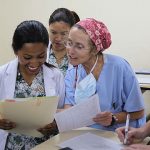 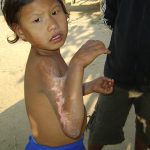 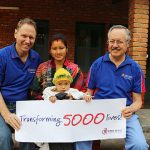