The country of Myanmar is located in South-East Asia, between Laos, Thailand and Bangladesh and is home to over 60 million people.

Gaining independence from Britain in 1948, the country was officially named the Union of Burma. Since the early 1960’s the country has been run by various types of military rule. The official name was changed from Burma to Myanmar in 1989.

European and US trade sanctions were imposed following consistent reports by the United Nations and other organisations on human rights violations.

In 2011, elections and the release of humans right activist Aung San Suu Kyi has seen the country significantly open up, with many countries starting to ease sanctions.

From a non-political perspective, Cyclone Nargis also devastated the country in 2008. The worst national disaster in the country’s history saw widespread destruction, and estimated 200,000 lives were lost.

Open Heart International first visited Myanmar in 2003. Originally working in the major public hospital in Yangon, the country’s major city, the project has now expanded to cover five hospitals across three cities in the country, and includes public and military led hospitals.

Open Heart International’s work in the country in Myanmar, has a different focus to many of our other projects and is solely focused on education and skills transfer.Cardiac surgeryalready exists in all of the hospitals that we are working in, and our role is to enhance and improve the quality of the outcomes and the skills of the local staff in each hospital.

Myanmar is the only country where Open Heart International is also involved in interventional cardiology through a Cardiac Catheterisation Laboratory (CCL). Other major undertakings have included the support and installation of monitoring equipment in their Intensive Care Units.

We are proud to be involved in medical missions and medical humanitarian aid in 3rd world locations such as Myanmar.

What does healthcare humanitarian aid in Myanmar provide?

All of our health-related missions in under developed locations like Myanmar deliver skilled medical attention for patients who sadly are unable to obtain qualified healthcare and surgical treatments due to their limited health system.

How do international medical non-profit organisations assist in Myanmar?

The leading objective of world-wide medical non-profit charitable organisations like OHI is to help save lives as well as reduce the anguish of the local residents while maintaining their self-worth.

In addition, our professional medical mercy missions to Myanmar deliver training and aid for the community surgeons while making an effort to lessen the strain on the local community health program. This can be done by reducing lengthy waiting lists for specialty surgical treatments that includecardiac surgery.

Our surgery and non-surgicalvolunteerswork tirelessly to provide support and guidance for local healthcare specialists whilst empowering medical staff to provide improved heathcare treatment in the community.

Do children in Myanmar receive healthcare assistance provided by the mercy missions?

Of course, our overseas medical volunteers deliver medical treatment to everyone – from babies and young children to adults. 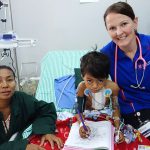 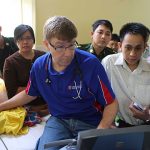 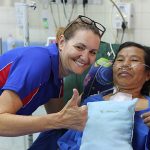