Mongolia is a land of extremes, mountains in the north and the west, and the Gobi Desert in the south. It is the most sparsely populated independent country in the world, and home to one of the largest nomaic populations.

The early history of the area is dominated by Chinese rule until Genghis Khan formed the formidable Mongol Empire in the 1200’s. After its demise, Chinese influence returned, until Mongolia declared its independence in 1911.

Strong Russian influence existed throughout most of the 20th century, until the late 1990’s when the breakdown of communism started to occur throughout Europe.

A nomadic and subsistence lifestyle is assumed by those not living in the country’s capital of Ulan Bator. Some estimates report about 20% of the three million population live on less than $1.25 per day.

The post-communist government has made steady improvements to the health systems.

One of the major achievements was the installation of a Cardiac Catheterisation Laboratory for interventional cardiology.

The project ceased to allow both organisations to pursue other goals and opportunities.

We are happy to be taking part in surgical missions along with surgical humanitarian aid in 3rd world locations such as Mongolia.

Exactly what does medical humanitarian support in Mongolia provide?

Our professional medical missions in under-developed locations including Mongolia offer qualified medical treatment for individuals who sadly are incapable of finding these medical and surgical services because of the health care system in their country.

How can foreign surgical charities in Mongolia aid?

The principal purpose of health-relatedhumanitarian aid organisationssuch as OHI is to save lives as well as decrease the suffering of the people while maintaining their dignity.

In addition to this, ourmedical mercy missions to Mongoliadeliver coaching and aid for the local doctors and surgeons whilst making an effort to alleviate strain on the local health program. This is accomplished by reducing substantial waiting lists for specialist surgical operations that include cardiac surgery.

Our surgery and non-surgical volunteers operate relentlessly to provide support in addition to guidance for community health-related personnel whilst providing the support for improved medical treatment in the community.

Do children in Mongolia receive healthcare assistance from the mercy missions?

We are currently not implementing projects in Mongolia. Our global surgical volunteers did offer medical attention to everyone, including babies and young children. 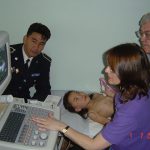 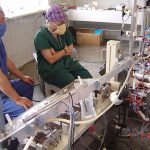