The tiny country of Rwanda is located in central Africa, dwarfed in size by some of its neighbours in Tanzania and Uganda.

Early history indicates two major groups of inhabitants, the Tutsis and the Hutus, and ethnic tensions between the two have featured over a long period of time. The nation began a period of colonisation in the late 1800’s, by Germany at first and then later by Belgium. Independence was finally achieved in 1962.

In 1994, an estimated 800,000 Tutsi’s were violently killed by Hutu’s in a mass 100 day genocide, and forced another two million to flee as refugees to neighbouring countries.

In stark contrast to Rwanda’s size, Tanzania is the 13th largest country in Africa, and home to Mount Kilimanjaro, Africa’s highest peak. Adjacent to the Indian Ocean, it also contains some of Africa’s largest lakes, and its’ mineral rich landscape sees mining as one of the country’s largest industries.

With a population of 45 million, and an improving health system, specialist surgical resources are still slim. Currently there is no cardiac surgery conducted in the country.

Open Heart International was invited to Rwanda in 2006 as part of an international initiative to bring healing and hope to the country to mark the 12th anniversary of the genocide.

Collaborating with other visiting teams from the USA and from Belgium, the overarching goal is develop a cardiac surgery unit in the country, completely managed by Rwandan nationals, a monumental challenge given the impact on the population by the genocide.

In Tanzania, Open Heart International is establishing a new project in the city of Mwanza at the Bugando Medical Centre.

A cardiac surgery program is just commencing under the leadership of a newly trained cardiac surgeon for the region, and Open Heart International will be assisting in its development.

Also collaborating as part of the project isSave A Child’s Heart Australia.

Open Heart International are happy to be taking part in healthcare missions as well as healthcare relief aid in 3rd world locations such as Rwanda & Tanzania.

What does clinical humanitarian aid deliver in Rwanda & Tanzania?

All of our health care missions in under developed countries including Rwanda & Tanzania deliver specialty medical therapy for individuals who are not able to find this professional medical-related and surgical procedures due to their insufficient health system.

The initial objective of international health-related non profit charities such as Open Heart International is to try to help save people’s lives coupled with relieving the suffering of the residents while maintaining their dignity.

In addition to this, our medical mercy missions to Rwanda & Tanzania provide coaching and help for the local community doctors while making an effort to lessen strain on the local community medical system. This can be done by lessening substantial waiting lists for specialised surgeries which includescardiac surgery.

Oursurgery and non-surgical volunteerswork tirelessly to offer help together with education for area medical staff members while empowering regional healthcare workers in East Africa to deliver much better medical treatment in the region.

Do kids in Rwanda & Tanzania receive healthcare assistance from the mercy missions? 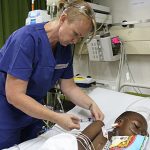 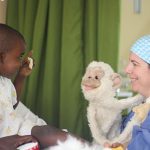 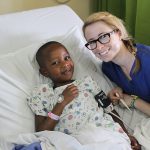