Tonga loves its Rugby Union. And with the Rugby World Cup tournament in progress, the excitement can be seen all over the people and the city.

Houses and cars have Tongan flags, and red and white streamers hanging while others have posters and banners proudly displaying messages of encouragement to their team.

Later tonight Tonga face off against Japan. Both teams haven’t exactly had the results they were hoping for in this World Cup so far, so all of the country is behind the team, as are the Open Heart International team. 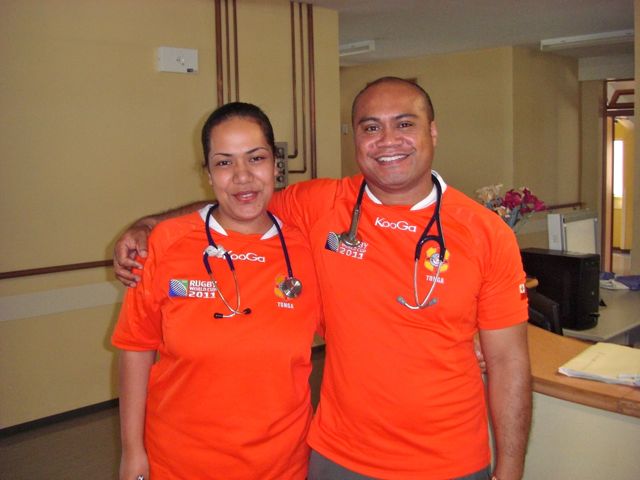