Home » Tales from the field » A new day, a New case…or two

Day three brought anotherearly start for the entireOpen Heart International (OHI) team. The journey from the hotel to the hospital takes around 20 minutes in mostly chaotic traffic. Once at the hospital everyone swings into gear prepping for the day ahead. Today wasan easier transition for the theatre team, who had done much of the preparation and systems improvements the day before. Once again the efforts of OHI in Bolivia attracted media. Sincethe previous evening the work was featured on four television networksand theexposure led to an influx of requests from all over Bolivia and beyond from patients with heart disease, and no other prospect of surgery.Themedicalteam will review the new requests with a view to increasing their patient list over the next few days.

First port of call for the team was Wilson in ICU. He is recovering well and buoyed by the presence of his family, including his grandmother who thanked the OHI team over and over, Wilsonwas all-smiles. By the end of the day he was sitting in a chair,eatingand ready to be moved to the step-down unit. 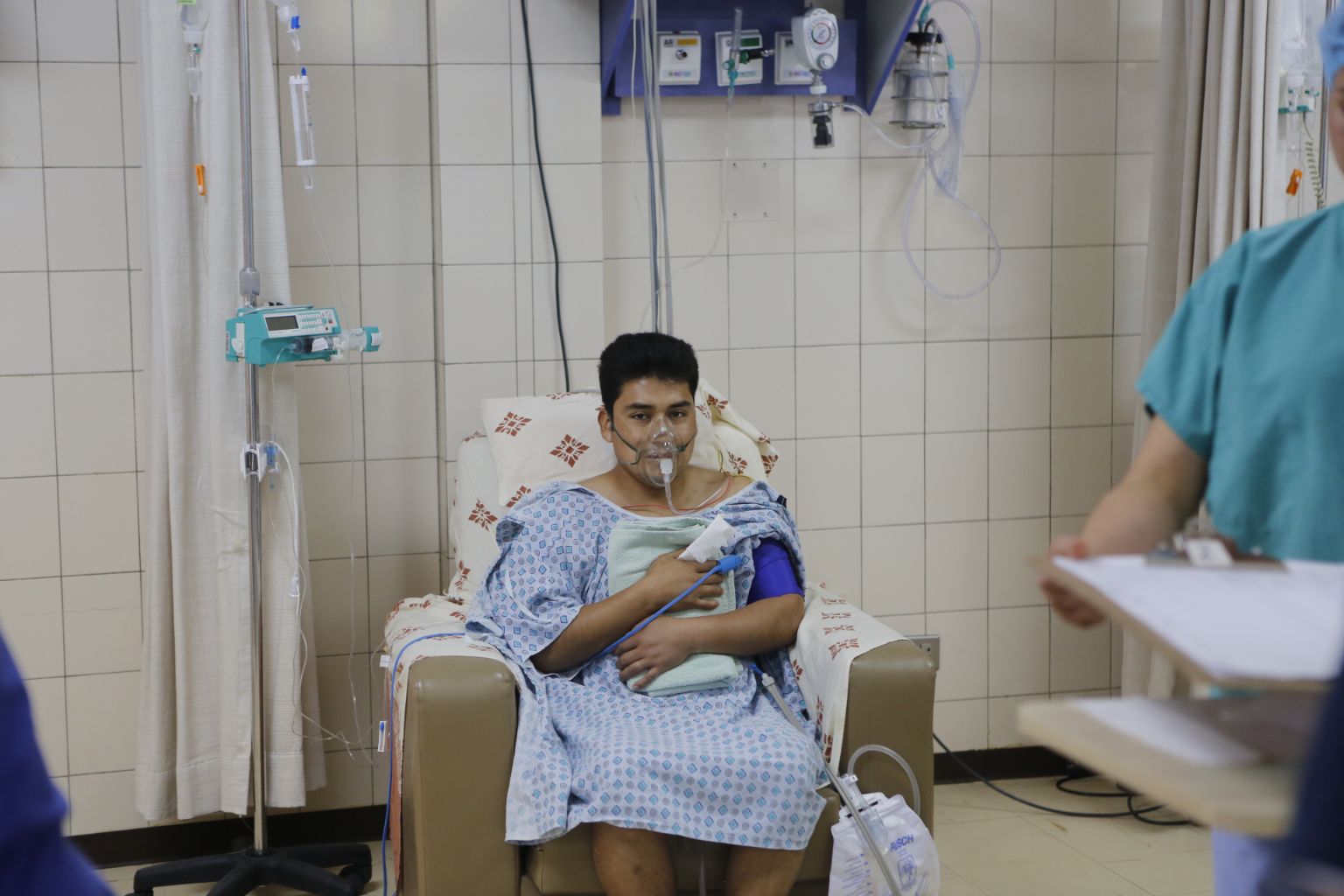 WhileDr.Nicolson and DrSinglemanreviewed Wilson’s progress the theatreteamprepped for today’s patients. Julie andRonaworked hard to adapt the equipment and local methods to their exacting standards, but the necessary,and somewhatunfamiliar delay hadDr.Nicholson waiting patiently to begin the life saving surgery.Despite the challengesDr.Nicholson said, “I’m very optimistic about the future for OHI in Bolivia. Things are progressing well.” It was all action oncesurgerystarted.Thefirst patient was aQuecheanman in his sixties with Aortic Stenosis.Once again the theatre was full of local doctors and medical students hoping to learn as much as possible from the OHI team.Despite multiple challenges the surgery went well andtheICU teamsuccessfully managedJose’s complex requirementspost-operatively. The final patient of the day was a young woman withAtrial Septal Defect, whichunfortunatelyis quitecommon in Bolivia.Yolanda has three young children but without the surgery her quality of life was poor, and lifeexpectancy short.The entire surgical team worked tirelessly to repair her heart and the ICU teamwere with the patients into late into the evening.

Tomorrow they’ll be back at the hospital early again.